Bitcoin is the first-ever cryptocurrency in existence, the most popular crypto coin in the world and the largest cryptocurrency by market capitalisation, so it is only expected that the crypto biggest boy will have some haters spreading false information behind its back.

Founded in 2009 by an anonymous person, group or even entity, Satoshi Nakamoto, Bitcoin has come a long way. From being worth $0 when it first launched in 2009, going up all the way to $68,000 in November 2021 and now currently worth $21,000, Bitcoin has continued to show that it is here to stay, despite all that is being thrown at it.

Through all these years, just like all famous public figures in existence, Bitcoin is no newbie to rumours and myths. Some of these myths are pretty common, while some will simply blow your mind.

Today, we’ll discuss, among the many, only five common misconceptions about Bitcoin.

You might have heard some of them before, and some might leave you gobsmacked. Let’s get into it! 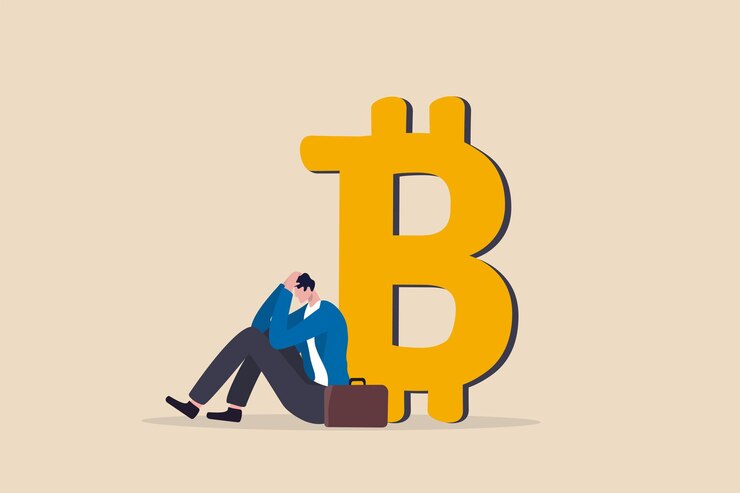 1. Bitcoin Has No Real-World Uses:

Shockingly, I have come across this way too many times. If this was said (which it was) back in the early years of Bitcoin and cryptocurrencies in general, you might have been able to convince me. In the early years of Bitcoin, not many people had faith in it, and they said it could not be used for anything. But that started to change when the first-ever crypto for goods transaction occurred on the 22nd of May 2010 when a man from Florida, USA named Laszlo Hanyecz purchased two boxes of pizza from a pizzeria called Papa John’s with 10,000 BTC. The 22nd of May is a very popular date in the crypto world and is now referred to as Bitcoin Pizza Day.

12 years later and many businesses around the world have adopted digital currencies and now accept Bitcoin as an alternative payment method for their products and services. They do this without a traditional bank or the involvement of a third-party intermediary.

2. Bitcoin Is Not Regulated and Not Supported by Governments:

As mentioned earlier, Bitcoin has come a long way, and more people, businesses and entities are now adopting the use of this digital currency. Although not all countries of the world have entirely accepted it. It is true that in some countries, cryptocurrencies are totally banned and seen as illegal, some recognise it but have not declared it as legal tender, but we cannot ignore the countries that have fully accepted this crypto coin. Countries like El Salvador and the Central African Republic have made Bitcoin a legal tender.

Making Bitcoin a legal tender means that people can freely use Bitcoin to pay for goods and services as an alternative to fiat currency.

3. Bitcoin Will Be Overtaken:

I was not exaggerating when I said Bitcoin is the “crypto biggest boy”. Bitcoin was the first-ever crypto coin to be launched, and it was launched in 2009. After that the next digital currency to be launched was Litecoin in 2011. After the arrival of LTC, Bitcoin still remained unshaken. In fact, Litecoin was even forked from Bitcoin.

Over the years, hundreds of cryptocurrencies have been created, but BTC still stands strong as the largest by market cap. Even with Ethereum, the second largest cryptocurrency, it is still miles away from Bitcoin, as ETH is currently valued at $1,628, and BTC is presently valued at $21,283.

4. Bitcoin Is Used for Illegal Activities:

As a crypto expert, this is the type of myth you will hear and simply roll your eyes before you crack your knuckles and dive into why that statement is entirely false.

Although cryptocurrencies have indeed been used by people with criminal goals in mind, history has seen people use other forms of money in the same way.

It would be wrong to say Bitcoin is purely for the use of criminal activities.

5. Bitcoin Is Not Secure:

Over the years, we have heard, and some have even experienced hacks of businesses and people that make use of Bitcoin, but it is important to note that it has never been the Bitcoin network itself. Since its launch in 2009, Bitcoin’s core protocol has operated safely with 99.9% uptime, and a large amount of computing power secures the Bitcoin network. And the Bitcoin miners that power the network are shared around the world, with nodes in 100 countries. This means there are zero points of failure.

Bitcoin transactions are irreversible, and it was also the first cryptocurrency to solve the problem of double-spending, thereby making “trustless” P2P currencies a reality.

Bitcoin has been in existence for 13 years, and it does not seem to be dying down anytime soon. With the volatile nature of the market and several Bitcoin crashes, this digital currency has continued to prove itself as the number one digital currency.

Many misconceptions are flying around, and you may come across some of them which may seem very convincing. Still, it is vital that you take time out to research before believing anything you see regarding any topic.

How To Make Money In Nigeria With Bitcoin Mining
Bitcoin

Tanto Olalekan-Ekundayo - November 2, 2022
6 mins read
When Will Bitcoin Price Get to $100k? Or Never?
Bitcoin