Crypto Winter Has Arrived, But Everything’s Not Lost

It’s difficult to blame anyone for feeling this way given how much FUD (fear, uncertainty, and doubt) has been affecting the Bitcoin community lately. Having said that, it might be time to remind folks that the Bitcoin era is far from over. In fact, when we consider all that has occurred, it appears that its worth is exactly where it should be.

Why is there a crypto winter right now?

The term “crypto winter” is used to refer to the cryptocurrency market’s subpar performance. The market is frequently scared during these times, and cryptocurrency traders are seeking someone or something to blame.

Many people are unaware that crypto winter is the consequence of a string of unrelated occurrences coming together, rather than being brought on by a single source.

Most likely, you’ve heard recent reports about a few dangerous cryptocurrencies that fell earlier this year. It’s not surprising that the market feels more unsettled given everything going on. Investors may decide to stay away from cryptocurrencies in the interim as a result of this uncertainty and worry.

With everything going on, the market will constantly adjust and make corrections. These would invariably come after all-time highs, such as the one we witnessed last year when BTC crossed the 60,000 USD mark. Some investors may prefer to park their money elsewhere as the market changes to reduce certain dangers. 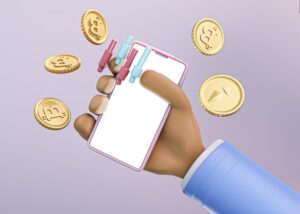 Crypto winter is here, but it’s not all doom and gloom

Let’s not overlook Bitcoin halving, either. By limiting supply, the halving reduces Bitcoin supply in order to increase demand. It also cuts in half the block rewards that Bitcoin miners receive and the rate at which they mine BTC.

The next Bitcoin halving cycle is scheduled to start in 2024. Bitcoin’s price has historically fluctuated significantly in the months (or years) leading up to the subsequent halving as the market tries to adjust. A bull run would then come after that, and prior bull runs after price halving have sent Bitcoin to record highs.

Crypto winter is unavoidable, given that these events are all occurring at once. In light of everything going on, it actually seems like we’re in a good place. Keep in mind that Bitcoin is still in its infancy and that no currency can mature in just 13 years.

Let’s now examine the initial effects of this crypto winter. Some of these can be viewed as advantageous, while others are unfavourable side effects of all the previously listed elements.

The fact that the Ethereum network is no longer congested and that Ethereum gas fees are lower than previously is one effect that has been observed during this time. Less individuals are “gambling” on ETH-based currencies since the FOMO and hoopla around NFTs have subsided. Good news for those who use the Ethereum blockchain for what it was designed to do.

Only the toughest coins will survive.

Right now, most altcoins are losing money. The current climate is already thought to be the end of “get-rich-quick” coins. While it is regrettable that this occurred, it demonstrates that most alternative currencies will fail in the absence of adoption or tangible benefits for users.

So what distinguishes Bitcoin? Over the previous 13 years, it has had ample opportunity to establish itself and has persuaded people that it is here for everyone’s benefit, not just that of the market. As a result, Bitcoin is getting closer to its objective of helping the unbanked and empowering everyone with money.

The accounts provided on Bitcoinforthe100.com serve as evidence of this. People from all over the world are sharing their experiences using Bitcoin in daily life.

This indicates that Bitcoin is making steady progress toward its objective of empowering individuals by granting them direct access to their money—money that they can spend for pressing needs in the real world. Bitcoin is a currency that is no longer just for specialized purposes.

Bitcoin is still in its early stages.

What does this entail for the Bitcoin community as a whole? Despite its present price, Bitcoin is still a very usable form of money. Platforms like Breet continue to demonstrate to users that Bitcoin has at the very least practical utility in the real world, we can state with confidence.

Also keep in mind that this market exhibits cyclical, not linear, behavior. Look at Bitcoin’s historical all-time highs and lows to see what we mean; the current lows resemble the previous all-time highs.

When Bitcoin was first introduced, it was claimed that it would solve issues involving the unbanked and people with restricted access to their money. Individuals, not markets, were intended to be empowered. With the use of BTC, we can certainly state that the currency is well on its way to accomplishing its objectives; all we need to do is join when we’re ready.