Do You Think Bitcoin Mining Is Still Profitable in 2022? Let’s Find Out!

Before exchanges and peer-to-peer marketplaces started to appear, the only way to acquire Bitcoin was through mining. Since then, the difficulty of mining bitcoins has only increased while mining profitability has decreased due to a number of issues that will be detailed later.

Let’s first talk about Bitcoin mining before assessing whether bitcoin mining is a good way to make money online. The act of adding and validating transactions on the blockchain—very Bitcoin’s own public ledger—is referred to as mining. Any computer connected to the Bitcoin network is referred to as a node. Nodes employ the Proof-of-Work consensus mechanism, which is used to validate all transactions, solve complex equations and add blocks to the blockchain.

To put it simply, miners will employ powerful hardware to validate transactions and are rewarded with fresh Bitcoin—also known as the block reward—in return. The quantity of BTC awarded to these miners will fluctuate as a result of the Bitcoin Halving.

A Brief summary of Bitcoin halving

The incentive for successfully putting a block on the blockchain was set at 50 BTC when Bitcoin was founded in 2009. The block reward was, however, also set up in the blockchain of Bitcoin to be reduced in half every 210,000 blocks. This is Bitcoin Halving, which was written into the cryptocurrency to make it deflationary. The unknown developer of Bitcoin, Satoshi Nakamoto, thought that the sheer volume of coins in circulation would cause BTC to lose value if too many coins were produced too quickly (and if there were a limitless supply of Bitcoin, which is not the case).

A Bitcoin halving will occur about every four years, with the first one taking place in 2012 when six blocks are mined on average per hour. The miners of Block 210,000 received 50 BTC as payment. Block 210,001, however, saw a decrease in the block reward to 25 BTC. This reward would subsequently be reduced by further Bitcoin halvings to 12.5 BTC in 2016 and 6.25 BTC in 2020. There are several services you may use, like as CoinMarketCap’s real-time tracker, to keep track of these Halvings.

Block rewards will continue to be cut until they ultimately become zero, which is predicted to happen in 2140. In that case, transaction fees rather than new Bitcoin will probably be given as compensation to miners.

What impact does mining have on Bitcoin’s halving?

The fact that the return for mining Bitcoin is decreasing with each halving can be concerning. One thing to remember is that the value of Bitcoin wasn’t as high as it is now back when the block reward was higher. When Bitcoin mining first began, it wasn’t as competitive as it is now, and most individuals used desktop and laptop computers to mine.

The technology divide, however, grew as Application-Specific Integrated Circuit (ASIC) miners emerged. These tools made older mining equipment obsolete and allowed for exponential growth in mining capacity. The network as a whole became considerably healthier as a result of these mining rigs’ increased hash rate, which is a measure of a miner’s processing capacity. Unfortunately, the wider disparity resulted in higher equipment costs. This had the effect of making personal mining more difficult, especially as commercial Bitcoin mining facilities with incredibly strong equipment started to appear.

People started to wonder whether mining was still profitable at that point because of Bitcoin Halvings, larger mining operations to contend with, and increased equipment costs.

Things to think about before mining Bitcoin

There are a few things you should think about if you’re considering starting a Bitcoin mining business. The more you understand about mining, keep in mind, the better you’ll be able to decide whether or not to take the risk.

Transaction validations on the blockchain are timed in hashes per second. Only a set number of coins are created each second due to the network’s design, therefore mining might get more challenging the more active miners there are. This is how it was intended to work, keeping BTC’s distribution constant.

There will be a lot of competition

As was already said, the emergence of ASIC miners opened the door for larger mining businesses to compete. This implies that it will be challenging for you to compete with the bigger operations if you don’t join a mining pool (and split the benefit with other miners).

You must bear in mind that you require a lot of electricity to run the mining rigs and regulate their temperature, even if electricity costs vary depending on where you live. Bitcoin mining is best done in areas with chilly climates and plenty of electricity. While the cold weather will remove or at least significantly reduce the power usage of the mining rigs’ cooling system, surplus electricity frequently has a low cost.

When it comes to equipment, there are two primary options: a GPU mining setup or an ASIC miner. GPU mining rigs mine Bitcoin and other cryptocurrencies using graphics cards similar to those used in consumer computers. Despite being more affordable, ASIC miners, which are specialized devices created just for mining Bitcoin, are far faster than GPU mining rigs. These miners range in price from a few hundred dollars to about ten thousand dollars (if you want a higher powerful chip). 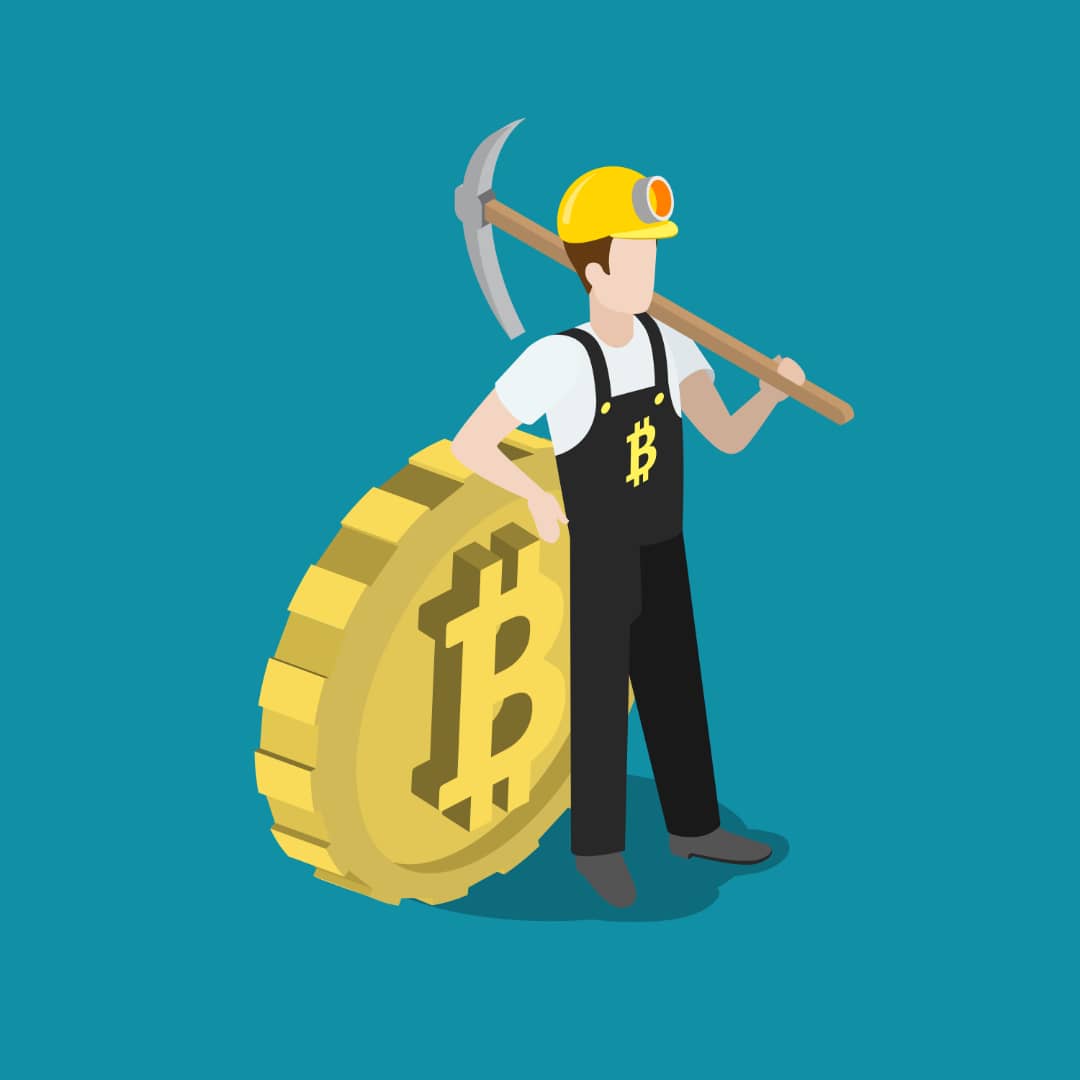 For some people, mining bitcoin continues to be profitable. Although competing ASICs range in price from a few hundred dollars to around $10,000, equipment is more readily available. Some machines have made changes to keep competitive. For instance, some gear enables customers to change settings to reduce energy needs, hence reducing overall expenditures.

Prospective miners should conduct a cost-benefit analysis to determine their break-even price prior to investing in the equipment at fixed costs. Cost of power, efficiency, time, and market bitcoin value are all factors to take into account.

When the price of bitcoin dropped below $25,000 in June 2022, the hash rate of bitcoin decreased to 5.4%. Graphics processor costs, which are used to power computers, dropped by an average of 15% in May, suggesting that miners are selling their chips on the secondary market.

The decrease in hash rate and the rise in GPU availability, along with the lowering price of bitcoin, suggesting that some miners may be reconsidering their involvement in the bitcoin mining industry. According to Yuya Hasegawa, a crypto market expert at Bitbank, “Supply and demand for bitcoin mining have not been supporting the price this year (2022)”

How Much Is 1 Bitcoin In Nigerian Naira?
Bitcoin