Has Dogecoin Been Forgotten?

There was a time the most popular memecoin, Dogecoin, was on everybody’s lips, and everyone was convinced it was going to soar high to the moon. In this article, we will look at Dogecoin’s history and where it is now.

Dogecoin started as a meme by Jackson palmer back in Australia to basically make fun of the existing cryptocurrencies at that time.

When Doge was created, the founders were quite surprised when people started using the memecoin, which gradually increased in value. Now, you can buy and sell Dogecoin just like any other cryptocurrency.

The History of Dogecoin: How It Started As a Joke To Being The Most Popular Memecoin

This cryptocurrency started out as a joke to mock the currently existing cryptos at the time, the likes of Bitcoin, and so on.

The creators never had the initial intention of Dogecoin being traded like a regular crypto coin.

But over the years, Dogecoin has gained popularity and is now traded by millions worldwide. How did that happen? Let us take a look.

Dogecoin was created in 2013, initially by an Australian Adobe Inc. product manager from Sydney, Jackson Palmer. He created it to mock the growing popularity of existing cryptocurrencies. After the creation, he started receiving a lot of positive feedback and responses on social media channels, which prompted him to purchase the domain dogecoin.com.

I previously mentioned a co-founder of the crypto, Billy Markus. He is a software developer at IBM. Markus always wanted to create his own cryptocurrency, but it was not going according to plan as he experienced a few hiccups along the line. He ended up partnering with Jackson Palmer as he built the Dogecoin software.

Dogecoin’s code is derived from Litecoin as it is based on Luckycoin. First, Billy Markus used a random reward for block mining, but in March 2014, it was later changed to a static reward. The digital currency uses the scrypt technology of Litecoin and is a Proof-of-Work (PoW) coin.

Although there were other digital currencies in existence before the creation of Dogecoin, the memecoin was initially created to mock the most popular cryptocurrency, Bitcoin.

With the Japanese dog, Shiba Inu, as its logo and mascot, Dogecoin was marketed as the “fun” type of Bitcoin.

Dogecoin’s laid-back presentation flattered the mood of the rapidly growing crypto community. The memecoin makes use of scrypt technology, and it has an unlimited total supply, so this started the argument that DOGE is a much faster and more consumer-friendly choice over Bitcoin.

How Dogecoin Rose To Fame

We cannot talk about Dogecoin’s rise to fame without mentioning Elon Musk. Who is Elon Musk, and how did he aid the fast-growing popularity of Dogecoin?

According to Wikipedia, Elon Musk is a business magnate and investor. Musk is the founder, CEO, and chief engineer of SpaceX; angel investor, CEO, and product architect of Tesla, Inc.; founder of The Boring Company; and co-founder of Neuralink and OpenAI.

As of September 26, 2022, he has an estimated net worth of around $238 billion, making Musk the wealthiest person in the world according to the Bloomberg Billionaires Index and Forbes’ real-time billionaire list.

Elon Musk has been regarded as the Dogefather (self-proclaimed). This is because he has been an avid supporter of the digital currency and has publicly shown his support for it on social media.

He has previously gone back and forth regarding his support, but at a point, he even announced that Teslas could be bought with Dogecoin.

In an interview at the Qatar Economic Forum in Doha with John Micklethwait, the Editor-in Chief at Bloomberg News, Musk said, “I just know a lot of people who are not that wealthy who, you know, have encouraged me to buy and support Dogecoin… I’m responding to those people.”

After his comments, Dogecoin rose to 7.9%, along with other altcoins like Polygon and Solana. The token is still down 63% this year, dragged down by the crypto decline, bringing Bitcoin below $20,000 in June 2022. 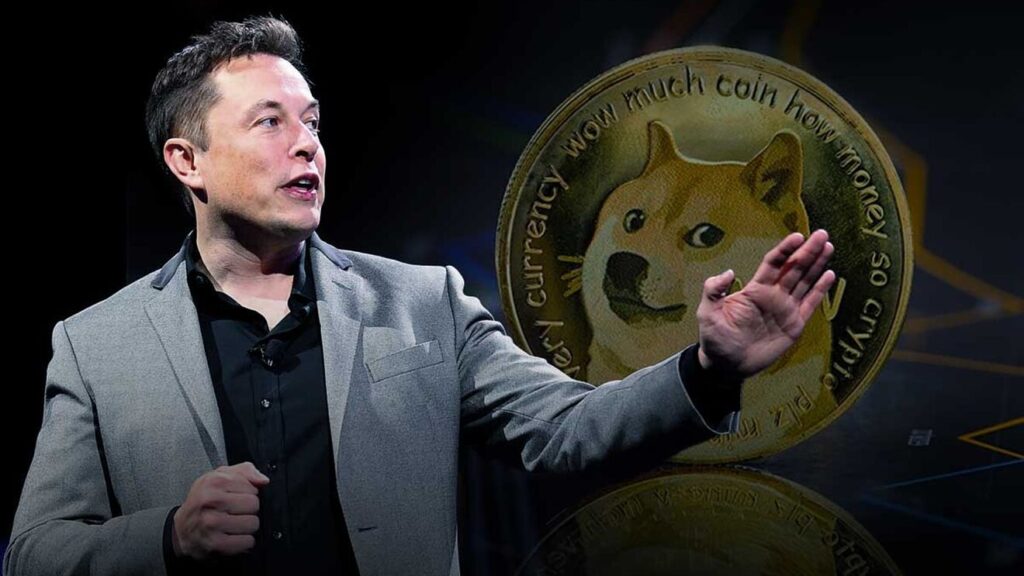 Elon Musk is not the only famous personality who has talked publicly about the digital currency. American rapper Snoop Dogg has previously made tweets about the memecoin.

A meme of a Shiba Inu, the dog breed which serves as DOGE’s mascot and logo, was tweeted by American rapper Snoop Dogg, Elon Musk and Gene Simmons in September 2021, causing DOGE’s price to jump more than 55%. 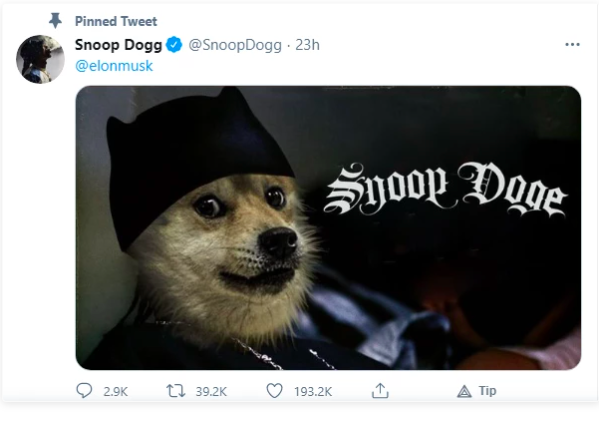 From what started out as a joke, Dogecoin rose to fame as millions of people, including celebrities, have taken a keen interest in it.

The memecoin is currently the tenth largest cryptocurrency by market cap (7.81Bn) and is the most popular memecoin in the world.

Although it was created with no genuine plan of being traded, people worldwide can now trade by buying and selling Dogecoin, just like any other cryptocurrency.

It is safe to say the hype surrounding Dogecoin is not entirely dead, and millions of people are still investing and trading this digital currency. We are excited to see the future of this memecoin.

Tanto Olalekan-Ekundayo - October 3, 2022
3 mins read
If You Invested $1,000 In Bitcoin, Dogecoin And Ethereum At The Start Of 2021, Here’s How Much You’d Have Today
Altcoins Bitcoin

Obinna Umeh - September 5, 2022
2 mins read
From A Joke To Reality: The Story of Dogecoin
Altcoins