From dropping out of high school and making a bet with his parents to make a million dollars by 18 so he doesn’t have to go back to school, here is the story of Erik Finman, the youngest Bitcoin millionaire in the world.

Who is Erik Finman? 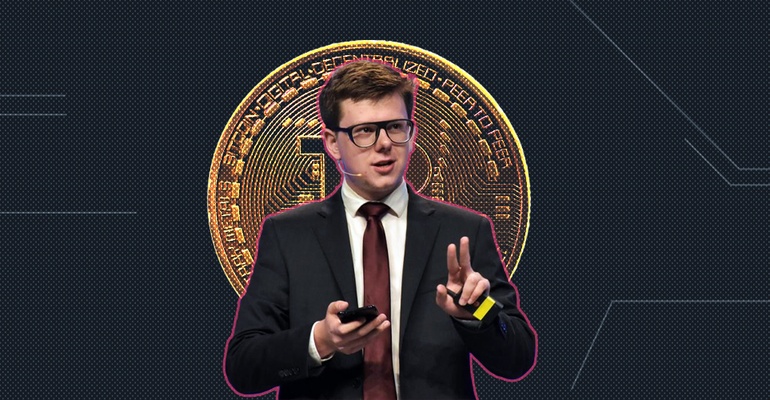 Now 22 years old, Finman started out pretty rough in school. He felt like nobody understands him. His own teacher even once told him to drop out of school and work in McDonald’s since he’ll never amount to anything in life. That’s pretty harsh, especially from a teacher who is supposed to help you.

He said, “I dropped out of high school and made a bet with my parents: if I make a million dollars by the time I’m 18, I don’t have to go back to school or go to college.” That’s quite brave.

How and When Did Erik Finman Get In Crypto?

Finman got into crypto in 2011 at only 12 years old when his older brother introduced him to it.

He received a gift of 700 from his grandmother, and he purchased 100 Bitcoins with it. Bitcoin price surged and was now valued at $27,000 per Bitcoin.

Unfortunately, in the UK, where Finman is from, minors (children under 18) cannot own stock or company shares in their name, but with certain trading mechanisms, parents can invest in stock on behalf of their children.

What Does Erik Finman Do Now?

Finman is now 22 years of age, and he boasts of numerous education businesses he has built out of Silicon Valley.

In the same interview with Business to Business, he said, “I started a business from my bedroom. I had some bitcoin money at that point—bitcoin shot up a bit, so I was able to use a lot of that to fund my business….”

Although Bitcoin brought about the start of his riches and success, he’s actually desperate to get out of the crypto world and abandon the title “Bitcoin boy”.

“I’m tired of crypto. I’m sick of being the bitcoin person. It’s really like if I hear the word ‘bitcoin’ one more time, I’m going to smash my head against a wall….” He said.

Although he spent six years in the crypto industry, he cares more about building something.

He has made many investments in aerospace, which has made him a good amount of money.

Although Erik Finman is sick and tired of the crypto industry, he definitely owes his success to that early investment in Bitcoin.

He has spread his wings and is now venturing into other business ventures, and it’s great to see.

A lot of people owe their success to Bitcoin as the popular cryptocurrency has made many people Bitcoin millionaires.

We are excited to see the next generation of crypto millionaires, young or old.