“Is cryptocurrency really decentralised?” This has been an alarming question from crypto investors, especially due to the many crypto scams going on lately for huge amounts of money. In recent years, crypto culture has evolved into a more tribal state.

Social media is frequently used by supporters of cryptocurrencies to debate other token holders. The assertion that another coin is centralized is a frequent insult in these conversations.

What is Decentralisation in Cryptocurrency?

A good or service is considered decentralised if it is run by a number of users in accordance with the majority voting concept. In the case of Bitcoin, the majority of network users decide on properties like the total supply of Bitcoin.

Understanding decentralisation and what it entails is crucial to comprehending cryptocurrencies in general, as well as the initial motivations behind their creation.

Decentralisation in the context of blockchain is the process through which power and decision-making are transferred from centralised entities (people, organisations, or groups thereof) to decentralised networks.

Why is Decentralisation Important to Cryptocurrency?

Conflicts of interest frequently arise in centralised systems or systems where one party has total power. Additionally, these systems feature single points of failure, which increases their vulnerability to intrusion.

Decentralised systems considerably reduce the possibility of corruption since they lack a single point of failure and cannot be changed without the consent of a majority of the participants.

The first true example of a system without a centralised authority outside of the Internet, which is largely centralised for Internet Service Providers, is Bitcoin.

It can be challenging to gauge how decentralised cryptographic networks are, especially when contrasting networks with various architectural styles. Although investors feel that decentralisation is a spectrum, with the most widely used blockchains being either totally centralised or decentralised, it is fortunate that blockchains share enough traits to assess a network’s decentralisation. It is critical to comprehend that the

Measuring the decentralisation of the two types of blockchains takes into account a number of different elements (proof of work and proof of stake).

How do Decentralisation and Cryptocurrency Work?

Simply described, a blockchain is a digital ledger that only authorised users have access to in the context of cryptocurrency. This ledger keeps track of transactions involving a variety of assets, including cash, real estate, and even intangible property.

Users can share access, and all shared data is transparent and “immutable” right away. Immutability refers to the fact that a blockchain record cannot be altered or updated, not even by an administrator.

The term “centralised currency” refers to money that is held by institutions like the Central Bank of Nigeria. Since cryptocurrencies are decentralised, no comparable entity can be held accountable for keeping track of a particular cryptocurrency’s growth and decline. In comparison to centralised money, this has several benefits.

Some Benefits of Decentralisation in Cryptocurrency 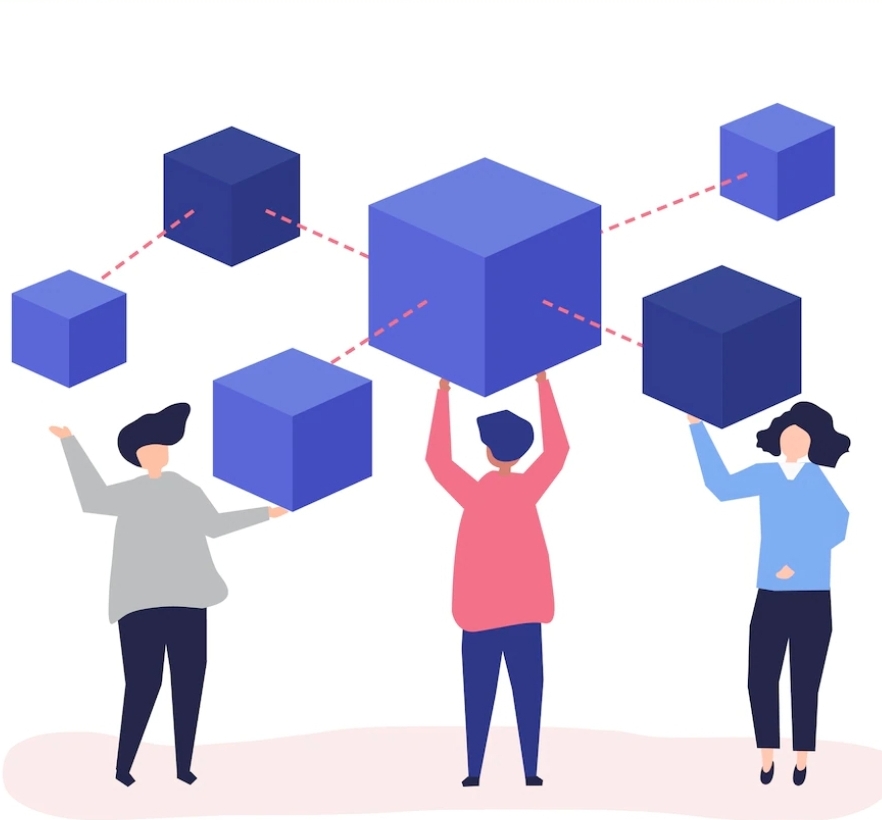 Using encryption technology, encryption is a technique for safeguarding data from unauthorised access. Cryptography enables the majority of blockchain claims, including immutability and anonymity.

The development of supposedly “blind algorithms” in the 1980s is where the foundations of bitcoin technology may be found. It’s all about unchangeable, secure digital transactions via algorithms. It still serves as a pillar of contemporary digital currencies.

The founding ideas of Bitcoin, the first and most popular cryptocurrency on the market today, were developed in 2008 by a group of individuals who are now known as Satoshi Nakamoto. Bitcoin was first made available to the public in 2009.

However, it will be many years before it is formally recognized as a payment mechanism by significant merchants, starting with WordPress in 2012.

Currently, banks, insurance companies, and other economic sectors employ the underlying blockchain technology. Due to the need to increase the effectiveness of current payment systems, the rise in international remittances, and the requirement to safeguard data, the cryptocurrency industry has risen at a CAGR of 12.8% since 2021 and is anticipated to develop by 2030. by 2020, and it is anticipated to reach $4.94 billion.

What is the Most Decentralised Cryptocurrency?

Bitcoin is not the most decentralised cryptocurrency, to put it simply. Individual organisations are able to control significant quantities of the network’s computing power thanks to its mining and mining pool systems.

Other tokens, like Sharding and Proof of Stake, employ different mechanisms to verify transactions in order to support decentralisation. These frameworks disperse authority among a larger population on the blockchain while limiting the power that parties can have.

Though several cryptocurrencies and initiatives are far more important than Bitcoin, Peer-to-peer networks are available in Bitcoin, but not in all projects. It is also the largest project with global distribution of owners. Because of its magnitude, it is undoubtedly decentralised, but some other initiatives provide a higher level of decentralisation.

The cryptosphere is disorganised and unclear. Due to this, some investors only have a basic understanding of investment, which enables some coin inventors to have more power than they ought to have in the decentralised system. Even if Satoshi Nakamoto were given god-like status, he or she would not be able to dictate how Bitcoin develops.

Investors should be conscious of the power of the figureheads even though there is probably no reason to act other than in the best interests of the ecosystems that they helped create.

Examples of this in the current crypto industry include Vitalik Buterin of Ethereum, Charles Hoskinson of Cardano, Gavin Wood of Polkadot, and Anatoly Yakavenko of Solana.

There are no facts to prove that cryptocurrency is 100% decentralised. In one way or the other, there are some forms of centralisation in cryptocurrency.