Red Flags To Look Out For In NFT Projects

The NFT space is a really tricky one. Over the years, we have heard and witnessed numerous NFT scams, which do not seem to stop anytime soon. New NFT projects are launched daily, and most end up as rug pulls.

What if I told you there are ways you can spot a potential scam? I bet that would save you a lot of time, money and effort. In this article, I’ll tell you about some red flags to look out for in NFT projects to avoid being the victim of yet another scam.

In the DeFi, Web3 and NFT space, we thrive for transparency. It’s a major red flag when the project team is unknown.

If you cannot find at least one team member on social media, that should raise an eyebrow.

Remember, it is easier to scam people when they don’t know who you are. 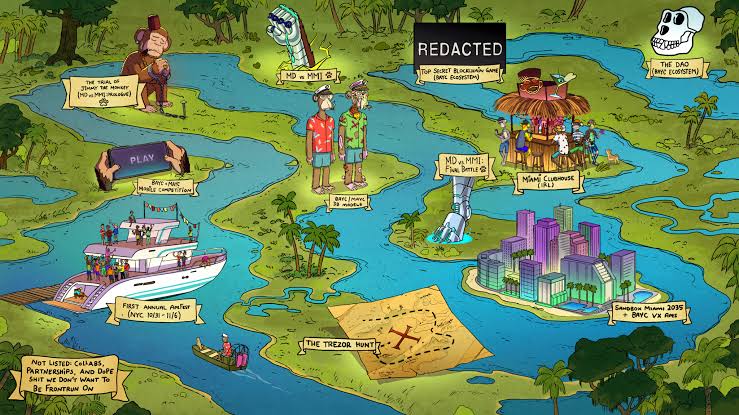 As I mentioned above, transparency is essential in this space. How can a project be transparent when there is no clear roadmap?

Typically, an NFT roadmap is broken up into target milestones that outline a project’s aspirations.

There have been a couple of NFT projects that actually had a roadmap, but they failed to fulfil them. Unfortunately, roadmaps are not technically legally binding, so project owners often get away with pushing false hopes and dreams with them by promising the most ridiculous things.

The thought of free NFT mints sounds exciting, but that has cost a lot of people their time, money and effort. Free minting can be a way to entice people and lure them in.

Free mint is not the only red flag to look out for; also, high NFT mint prices. For an NFT newbie, some mint prices might seem like a lot to pay, and they are technically not wrong.

When researching NFT mint prices, it is essential to contemplate the costs established by leading NFT projects that were a success, projects like Doodles, BAYC, and World Of Women. Some PFP projects charge between 0.25 – 1 ETH to mint. Although, Bored Ape Yacht Club (BAYC) originally sold out at a flat rate of 0.08 ETH.

Earlier, we mentioned how it’ll be weird if you cannot find a single project team member on social media. Imagine you did find them or even the project’s social media accounts, but their following is a bit suspicious; that could be a red flag.

How can it be suspicious? For example, when most of their followers are bot/fake accounts- that should raise an eyebrow.

Most NFT scam projects buy fake followers to make it seem like they have a massive following on social media, so they seem legit.

Yes, a project’s social media not having a significant following and engagements, in some cases, is a red flag. Still, when one who has the numbers actually has fake followers, you should reconsider.

Doing your own research can never be overemphasized, and it can save you a lot of heartache and money loss. Before investing in an NFT project, ensure you conduct your research and confirm from various sources.

The red flags to keep an eye on are not limited to this list alone, so ensure you keep your eyes and ears open.

For crypto traders and investors, check out how to keep your crypto safe from scammers.