The crypto industry is known for its market-shaking dips. These dips have broken the hearts of many and even brought tears to some people’s eyes.

In this article, we’ll look at five Bitcoin dips that shook the market and left people rattled.

This can be said to be one of the worst Bitcoin crashes ever in history, and it all started with a scam.

Mt. God admitted that hackers had hacked hundreds of accounts and got away with millions of dollars in Bitcoins.

2013 witnessed the success of Mt. Gox, and they were getting so many trades on the platform that they could not handle the volume of transactions, and it eventually crashed.

Crypto hackers took advantage of this crash, and Mt. Gox had no option but to shut down.

In the space of a year, Bitcoin fell 83% 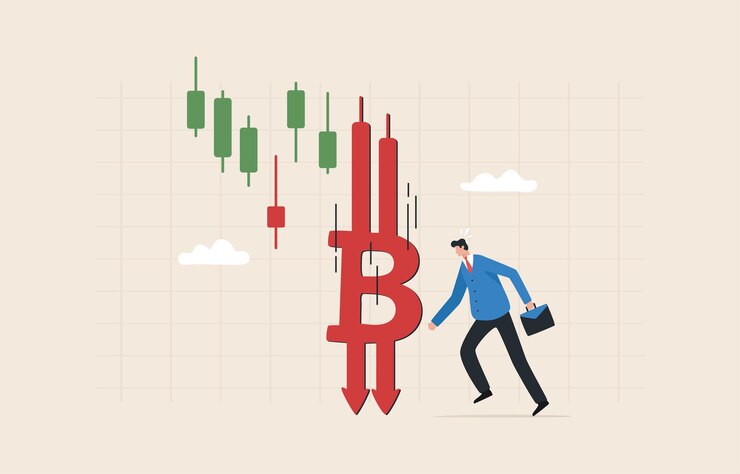 The COVID-19 pandemic affected a lot of things, and the crypto industry was not left out of the chaos.

When the full wave of the pandemic hit in March 2020, the value of Bitcoin was halved in just two days.

Despite the troubles and dips Bitcoin faced in the past, the digital currency still managed to soar and reached an all-time high of above $64,000 per Bitcoin.

This was a ground-breaking record for Bitcoin, although it has reduced in value. But suddenly, over $1 trillion in value was wiped off the global cryptocurrency market in a week, decreasing from $2.39 trillion to $1.58 trillion.

Over the years, Bitcoin has experienced quite some troubles. From the crypto winter to scams, Bitcoin has indeed demonstrated the volatile nature of cryptocurrency.

Although the crypto market took quite the low blow this year, it cannot be compared to the massive dips that have occurred in the past.

For this reason, we are hopeful for the future and rise of Bitcoin once again. But remember, if you wish to sell your Bitcoin for some quick cash, Breet got you.

Head on to Breet App and sell your Bitcoin, convert it to cash and withdraw straight to your local bank account instantly!